Barrett’s esophagus is a serious complication of GERD, which stands for gastroesophageal reflux disease. In Barrett’s esophagus, normal tissue lining the esophagus — the tube that carries food from the mouth to the stomach — changes to tissue that resembles the lining of the intestine. About 10%-15% of people with chronic symptoms of GERD develop Barrett’s esophagus.

Celiac Disease is a digestive disease that damages the small intestine and interferes with absorption of nutrients from food.

A colon polyp is a small growth on the inner lining of the large intestine, some of which can progress into cancer. Polyps may be scattered throughout the colon and vary in size from a few millimeters to several centimeters. Polyps may have a flat or raised appearance. When raised they can resemble small bumps (called sessile), or even grow on short stalks (called pedunculated), resembling a mushroom or small cauliflower.

Constipation is passage of small amounts of hard, dry bowel movements, usually fewer than three times per week. People who are constipated may find it difficult and painful to have a bowel movement. Constipation is one of the most common gastrointestinal complaints in the United States, resulting in about 2 million doctor visits annually.

When the pouches become infected or inflamed, the condition is called diverticulitis.

Fecal incontinence is the inability to control your bowels. More than 6.5 million Americans have fecal incontinence. It affects people of all ages – children as well as adults.

Loss of bowel control can be devastating. People who have fecal incontinence may feel ashamed, embarrassed or humiliated. Some don’t want to leave the house out of fear they might have an accident in public.

Gas in the Digestive Tract

Although having gas is common, it can be uncomfortable and embarrassing. Everyone has gas and eliminates it by burping or passing it through the rectum. Understanding causes, ways to reduce symptoms, and treatment will help most people find relief.

Commonly known as GERD, Gastroesophageal Reflux Disease is a condition in which the stomach contents (food or liquid) leak backwards from the stomach into the esophagus (the tube from the mouth to the stomach). This action can irritate the esophagus, causing heartburn and other symptoms.

The symptoms and treatment depend on which type you have.

Irritable bowel syndrome or IBS affects up to 55 million (one in five) Americans, mostly women. IBS causes are unknown. IBS disorder interferes with the normal functions of the large intestine.

Stress, spicy foods, type A personality. Which of these causes most stomach ulcers? The answer: none of them. Research shows that most ulcers — 80% of stomach ulcers and 90% of those in the duodenum, the upper end of the small intestine — develop because of infection with H. pylori (Helicobacter pylori).

Bloating, gas (flatus), and burping are all normal conditions. Gas is made in the stomach and intestines as your body breaks down food into energy. Gas and burping may sometimes be embarrassing. Bloating, which is a feeling of fullness in the abdomen, can make you uncomfortable. Although many people think that they pass gas too often or have too much gas, it is rare to have too much gas. Changing what you eat and drink can sometimes cut down on gas and relieve discomfort caused by gas.

On your 45th birthday, you’ll get a present from your doctor — a referral for a colon cancer screening, preferably by colonoscopy.

You’re probably thinking, wait, I don’t have to do that until I turn 50!  The recommended age was lowered from 50 to 45 because colorectal cancer cases are on the rise among young and middle-age people. Deaths of people under age 55 increased 1% per year from 2008 to 2017, even though overall colorectal cancer rates have dropped.

Colorectal cancer is most treatable when found early. Colonoscopies not only detect the disease, but prevent cancer because precancerous polyps can be removed during the procedure.

In May 2021, the U.S. Preventive Services Task Force issued new recommendations for colorectal cancer stating that people at average risk should start screening at age 45, which will allow health insurance companies to cover the cost of the test at a younger age.

Diarrhea – loose, watery stools occurring more than three times in one day – is a common problem that usually lasts a day or two and goes away on its own without any special treatment. However, prolonged diarrhea can be a sign of other problems.
Read More Here

An esophageal stricture is a gradual narrowing of the esophagus, which can lead to swallowing difficulties. The strictures are caused by scar tissue that builds up in the esophagus.

Lactose intolerance is the inability to digest significant amounts of lactose, the predominant sugar of milk and dairy products.
Read More Here

Peptic ulcer disease refers to painful sores or ulcers in the lining of the stomach or the first part of the small intestine, called the duodenum.

Ulcerative colitis is long-lasting disease that inflames the lining of the large intestine (the colon) and rectum. People with ulcerative colitis have tiny ulcers and small abscesses in their colon and rectum that flare up periodically and cause bloody stools and diarrhea.
Read More Here

We have created a collection of useful handouts about various subjects. Please select the handout you would like to download below: 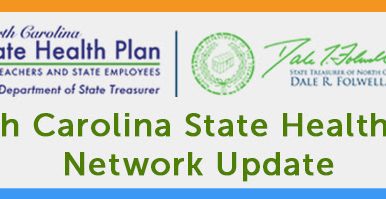