Colorectal Cancer Deaths on the Rise in Younger Patients 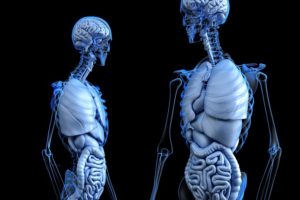 Increase in colorectal cancer mortality over the last decade

The important thing here is to catch cancer early on by not ignoring symptoms even though you are younger than 50. Symptoms include a change in bowel habit, rectal bleeding, dark or bloody stool, abdominal cramping, weakness, and fatigue as well as unintended weight loss. When these symptoms present itself, patients will do well to call a gastrointestinal specialist to arrange for a cancer screening, even if they are younger than 50 years. Many people are hesitant to go for colonoscopies, but if you’re showing symptoms of colorectal cancer, a colonoscopy may well save your life. Doctors can prevent colorectal cancer during early screenings by removing polyps from the colon walls. The most common cancer screening tests are stool tests and colonoscopies. Stool tests are less invasive than colonoscopies and may be a more appropriate tool for cancer screenings for young people.

Reducing the risk of colorectal cancer

There are some preventative measures that could reduce the risk of colorectal cancers including maintaining a healthy body weight, maintaining a healthy, physically active lifestyle, and reducing alcohol consumption and smoking. The important thing is to catch colorectal cancer early on by not ignoring symptoms when they present themselves. Raising awareness among young people in addition to those over the age of 50 will help to reduce the mortality rate of colorectal cancer as it will be caught in the early stages of development before it has spread to other parts of the body. This study is another reminder that we need to take care of our bodies to prevent the development of potentially deadly diseases.