Home » Blog » Pregnancy and the GI Tract: What to Expect

Pregnancy and the GI Tract: What to Expect 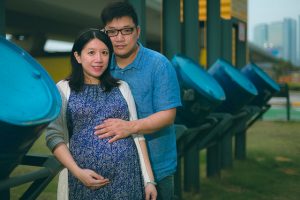 Morning sickness is one of the best known gastrointestinal side effects of pregnancy. But did you know pregnancy can also affect other areas of the GI tract? Let’s take a look at some of them.

Cravings are notorious during pregnancy (ice cream run at midnight, anyone?), but some cravings can become a medical condition called pica. This is when a person craves something with little or no nutritional value like ice, dirt, clay, or chalk. We don’t know why pica occurs during pregnancy, though one current hypothesis is that it may have to do with a nutritional deficiency.

Pregnancy can aggravate gingivitis, which is inflammation of the gums causing bleeding, ulceration or pain. The reason this is prevalent during pregnancy is not known, but it is speculated that pregnancy hormones may increase gingival inflammation. Maintaining impeccable oral hygiene, including regular brushing and flossing, can help, though professional dental care may be needed in severe cases.

Hyperemesis gravidarum is morning sickness to the extreme. This condition occurs when nausea and vomiting just don’t stop and can cause serious problems for the mother, such as dehydration, electrolyte abnormalities, or malnutrition. Like morning sickness, hyperemesis gravidarum usually occurs in the first trimester of pregnancy. The good news is this usually resolves on its own by week 18-20 of pregnancy. In the interim, treatment is available.

GERD usually presents as heartburn and regurgitation among both the general population and the pregnant population. This disease is more common in pregnancy because the growing baby displaces internal organs such as the stomach upward. Also, pregnancy hormones can cause relaxation of a muscle called the lower esophageal sphincter. This muscle closes the opening between the esophagus and stomach after food has passed. When it is working properly, stomach contents can’t reflux back into the esophagus. When it’s too relaxed, partially digested food and stomach acid can go back into the esophagus, causing what we experience as heartburn. While uncomfortable, this condition is not threatening to mother or child during pregnancy. Unfortunately, though, if it happens in one pregnancy, it is likely to recur in the next one.

Like GERD, gallstones can affect the general population and the pregnant population. However, pregnancy seems to increase the risk of gallstone formation for an unknown reason. The risk is highest in the second and third trimester. Usually, symptoms can be managed conservatively, but in a small number of cases, surgery to remove the gallbladder is required.

About one third of pregnant ladies will experience diarrhea. The most common cause is usually the same as non-pregnant individuals: an infectious agent (either virus or bacteria) picked up in the community. Also, pregnancy hormones can induce diarrhea. There are several treatment options available, depending on the cause.

Yes, ladies can experience diarrhea or constipation or both during their pregnancy. As with diarrhea, about one third of pregnant ladies will experience constipation. The cause is a combination of several things, including the baby’s position in the body displacing intestines and decreased motility of intestines, which means food moves more slowly through the intestinal tract. For many women, a gentle increase in exercise, eating more fiber, and drinking more water is helpful.

Hemorrhoids are an unwelcome addition to the body during pregnancy and afterwards. They are actually normal blood vessels in the rectal area that only become abnormal when the blood flow backs up, causing enlargement. This is most common as pregnancy progresses into the third trimester because of the amount of pressure on the pelvic muscles from carrying the baby. Pushing during labor and delivery can also contribute to the development of hemorrhoids.

While GI manifestations of pregnancy are nuisances, most are not threatening to the health of either mother or baby. For all the expecting mothers out there, remember the discomfort is temporary and the bundle of joy at the end is the reward!