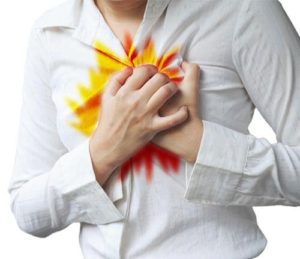 Your stomach contains hydrochloric acid which serves to break down foods and fight bacteria. While your stomach lining protects your stomach against this potent acid, your esophagus is not protected. When your LES is faulty, stomach acid is pushed up into your esophagus, causing acid reflux or heartburn. If you suffer from acid reflux at least twice a week, you may be suffering from chronic acid reflux disease.

Around 60 million Americans suffer from acid reflux at least monthly, while 25 million people may experience acid reflux as regularly as on a daily basis. Acid reflux disease is more common in Western countries, affecting between 20 and 30 percent of the population.

Smoking affects the LES to function properly. The nicotine in cigarettes and other tobacco products relaxes your LES, making it easier for stomach acids to push back into your esophagus. In addition to that, a smoker’s cough puts additional pressure on your stomach, worsening the symptoms of GERD.

By sleeping with your head raised, you let gravity do all the work regarding keeping food and stomach acids from pushing back into your esophagus. It is recommended that you lift the head of your bed with at least six inches by placing blocks under the feet of your bed or a wedge between your mattress and the box spring board. Don’t try to use additional pillows only as this has been found to be ineffective. Furthermore, consider taking your afternoon nap in a chair rather than on your bed.

Avoid lying down two to three hours after eating. It will also help to avoid late evening snacks too close to bedtime.

Obesity is one of the main causes of acid reflux disease. It’s important to lose weight so that you can reduce the pressure on your stomach. Being overweight can aggravate acid reflux. Consulting with your doctor before attempting a diet is important. Don’t be tempted to follow a fad diet that promises instant weight loss. Try to lose weight gradually by following a healthy diet and a healthy exercise regime.

Several types of food can aggravate acid reflux. These include: